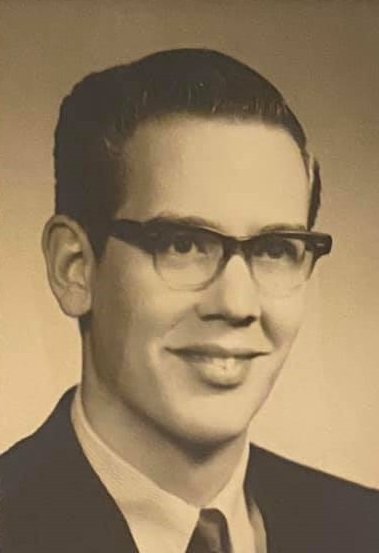 Larry was born November 5, 1945 in Los Angeles, California and grew up in Michigan, Illinois and Nebraska. He was a graduate of Concordia High School and Concordia Teachers College in Seward, Nebraska. He then taught mathematics and science at Lutheran High West in Detroit, Michigan for 12 years. He earned a M.S. in General Science from Eastern Michigan University in 1974 and married fellow Lutheran High West teacher June Keogh in 1978. Their marriage lasted 26 years.

In 1979 he pursued a new career in computer software which eventually led him to Sierra Vista, Arizona in 1988. He worked at UNISYS Corporation in nearby Fort Huachuca until being diagnosed with Multiple Sclerosis in 1993. He moved with his family to North Las Vegas, Nevada in 1997, where he spent the rest of his life.

Larry loved chemistry, Buddy Holly, Roy Orbison, throwing social gatherings for his Lutheran High West colleagues, and watching “The Tonight Show with Jay Leno” and “Survivor.” His biggest hobby in his later years was working on family genealogy, and once described himself as addicted to genealogical research.

He is preceded in death by his parents, Walter and Stella Uhlig, and by his nephew Joshua Uhlig.

He will be laid to rest at Johnson County Chapel and Memorial Gardens in Overland Park, Kansas.

Memorial donations may be made to the Coronavirus Emergency Response Fund through the CDC Foundation or to the MS Society. Larry’s children wish to extend their gratitude to Nurse Missy at Spring Valley Hospital for her excellent service.

Share Your Memory of
Lawrence
Upload Your Memory View All Memories
Be the first to upload a memory!