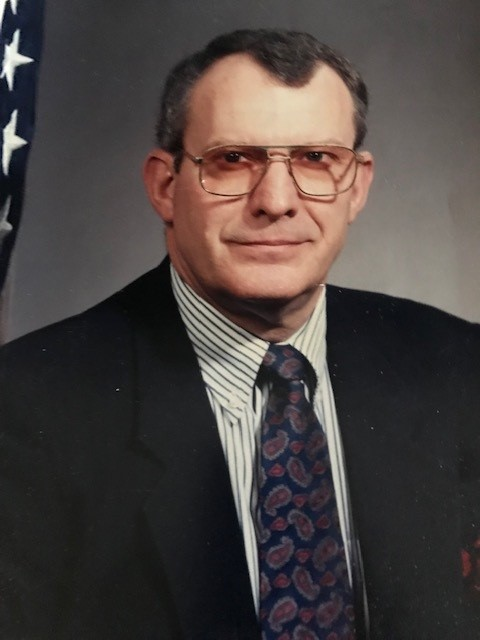 David C.O'Neal passed away following an extended illness at his home in Las Vegas, Nevada on July 10, 2021, with his wife, Lonna O'Neal by his side.
Dave was born January 24, 1937 in Belleville, Illinois to Edna Ruth (Barrow) O'Neal and Floyd O'Neal.  He attended local elementary and high schools and McKendree College before leaving to join the Marine Corp.  He served proudly as a (Force Recon) Marine and was honorably discharged as Corporal.  After his discharge briefly played semi-professional tennis out of La Jolla (CA) Beach and Tennis Club.  On his return flight to Belleville, he was asked by the flight attendent if he was nervous and was this his first time flying.  He said "No Mam but its my first time landing."
He married Sandra Finley December, 1959, and had to daughters, Allison and Kelly. (Divorced January 1981).
He graduated from St Louis College of Pharmacy in 1962 and owned and operated two pharmacies in Belleville.
Dave was elected St Clair County Sheriff in 1970 and reelected.
Politics was getting into his blood and he was a natural.  Dave ran for the office of Lt. Govenor of Illinois in 1976 and served with Govenor Jim Th,ompson.  They were reelected.  Dave ran for the United State Senate in 1980 as the Republican candidate from Illinois.  He was honored to have Ronald and Nancy Reagan campaign for him but lost the race to Alan Dixon (Democrat).
He resigned from the Lt. Governor position and went on to work in the private sector before being asked by President Reagan to come to Washington, D.C. to act as Deputy Director of the Bureau of Land Management.  President Reagan then requested Dave be considered for the position of Assistant Secretary of Labor (MSHA).  After Senate confirmation he served in the position until President Reagan finished his term in office.
He met and later married Lonna McKenna, May 20, 1989.  Dave was then asked by President George H.W. Bush to serve as Assistant Secretary of Interior, Land and Minerals Management.  Dave and Lonna (and stepdaughter, Stacey) had a wonderful time together, living in Falls Church, Virginia, attending numerous parties and receptions and traveling the world.  Dave loved sports, including tennis, golf and horseback riding on Sundays with Lonna and Stacey in the Manassas National Park, Virginia and Rock Creek Park, Washington D.C. Dave was also a very proud Lincoln Scholar.
In 1993 Dave, Lonna and Stacey relocated to Scottsdale, Arizona where he became President and CEO of the Arizona Chamber of Commerce.
Dave leaves behind his wife of 32 years, Lonna, daughters Allison O'Neal of Phoenix Arizona, Kelly Van Dinther(Michael) of Sugar Grove, Illinois, grand children Chris and Kate, step daughter Stacey McKenna (Mike Spasev) of Fort Collins, Colorado and many dear, long time friends. He was preceded in death by his brother, Robert O'Neal and his sister Elizabeth (Betty) Haskins.  Honoring Dave's wishes, there will be no services.

Share Your Memory of
David
Upload Your Memory View All Memories
Be the first to upload a memory!
Share A Memory
Send Flowers